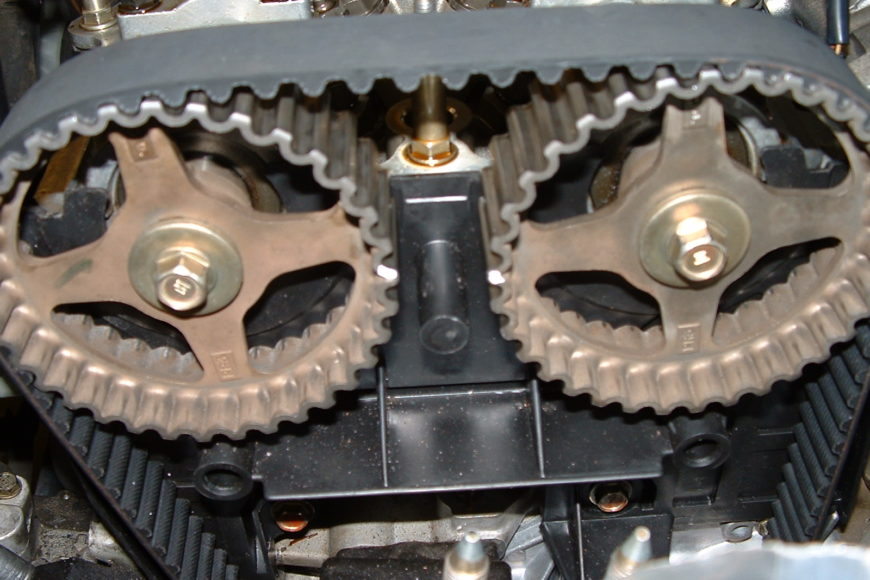 Do i need to replace my timing belt?

The timing belt is an often overlooked part of the car but it plays an important role.

If an auto mechanic told you that your car’s timing belt needed immediate replacement and it was going to cost more than $1,000, you might assume it’s a scam.

But unlike the shady mechanic who attempts to change your engine air filter every oil change, replacing the timing belt is absolutely crucial.

The timing belt is an integral part of your engine and, if it fails, so does your engine, causing your car to shut down.

How the timing belt works

The rubber timing belt is part of most internal combustion engines and is responsible for synchronizing the engine’s functions. It controls the rotation of the camshaft and crankshaft and the opening and closing of the engine’s many valves to allow air and gas in and out, which causes the fuel to ignite in the combustion chamber. During this explosion, the valves push the pistons down.

When the timing belt breaks, the valves, which are very light, will open at the wrong time and hit the larger pistons and cause damage.

When to replace the timing belt?

Unfortunately, in most cases, there are no obvious signs the timing belt is near death; it will just break. Highly rated auto mechanics recommend replacing it every 60,000 to 100,000 miles. Always check your owner’s manual for the manufacturer’s recommendations. Timing belts used to be a relatively ignored maintenance item by many drivers.

Replacing a timing belt for preventive reasons typically costs $500 to $900. However, replacing a broken timing belt may cost up to $2,000 or more if it caused damage to the valves, pistons or water pump.